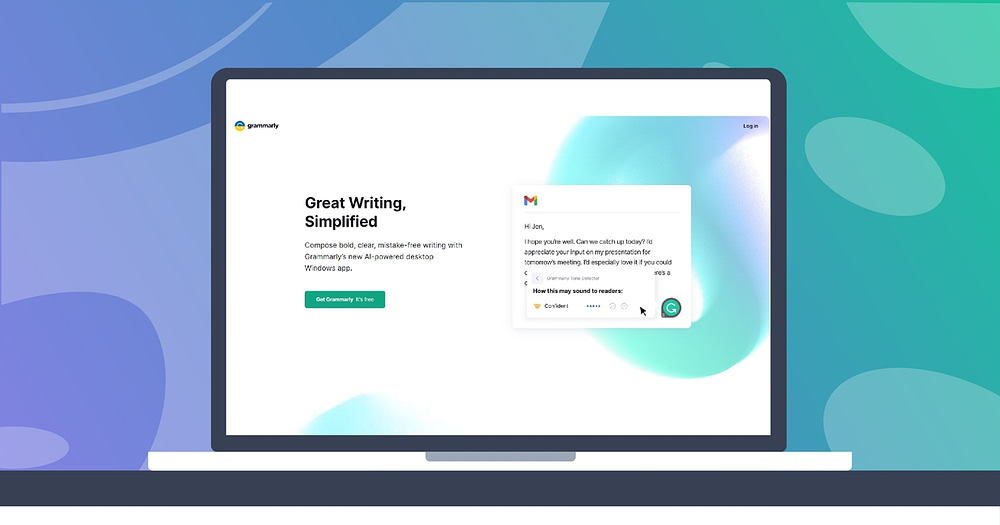 Grammarly (previously known as Sentenceworks) is an A.I powered writing assistant, created to improve and enhance communication between two people.

What first started as a means to help fix students' sloppy writing became extremely popular in a very short period of time and is probably considered the go-to writing assistant.

Founded by Max Lytvyn, Alex Shevchenko, and Dmytro Lider in 2009, Grammarly has evolved into a huge company with multiple spin-off products such as Grammarly Business.

Let’s take a look at this inspiring, successful company in more detail, with a peak at some of its interesting stats.

More than 30 million people and 50,000 teams worldwide rely on Grammarly’s real-time suggestions daily, to improve their writing in the best possible way.

Grammarly started in 2008-09 as a simple editor to copy-paste your text and review.

By 2013, Grammarly had over 3 million registered users. With the introduction of its free extension in 2015, the daily active users it had were 1 million, which quickly grew to nearly 7 million in 2016.

In 2017, the Grammarly Chrome extension alone had 8 million active users.

USA has the most Grammarly users taking over 39.02% share of worldwide users, followed by the Philippines with around 7.15% of users.

4. Top Industries That Use Grammarly

Looking at Grammarly customers by industry, we find that Marketing and Advertising (13%), Higher Education (13%), Internet (10%), Information Technology and Services (10%), and Computer Software (6%) are the most significant segments.

Grammarly Business has led teams to reduce their mistakes by up to 74%, helping them save writing time by up to 50%.

More than 80.8 million people visited the Grammarly website in October 2022. In comparison, 77.5 million and 65.5 million views were recorded in September, and August 2022, respectively.

With one Grammarly account, you can write and communicate across 500,000 applications and websites, including Google Docs, MS Word, Outlook, Gmail, Salesforce, and more.

Grammarly currently has more than 1041 employees all across the globe, a 42% increase in headcount compared to last year.

99% of students feel more confident using Grammarly Premium, 94% have improved their grades, and 87% said that this tool helped them save one hour each week.

12. Grammarly Usage by Companies Based on Company Size (Employees)

Among all customers of this platform, 32% are small enterprises (having less than 50 employees), 37% are medium-sized, and 27% are large corporations or firms having more than 1000 employees.

Grammarly is most commonly used through PC and Mac browsers. It is also available as a Keyboard app with 10 million plus downloads on Android and more than 700,000 downloads on iOS.

More than 10 million people have downloaded Grammarly for Chrome ever since its release.

How Does Grammarly Make Money?

Grammarly is available for free and has three plans; Premium, Business, and Enterprise.

The monthly subscription costs $25/member/month, and the annual subscription with a 40% discount, depending on your team members.

According to Crunchbase, Grammarly has raised $400 million to date over three rounds, with the last funding raised on Nov 17, 2021, from a Private Equity round.

Pitchbook reports 22% of the stakes are owned by investors involved in its two funding rounds in 2019 and 2021.

The two Ukraine co-founders, Lytvyn and Shevchenko, each own an estimated 35% of Grammarly’s equity while Lider owns only 1%.

Baillie Gifford and BlackRock are the most recent investors among the total 8, with three lead investors.

Grammarly invested in the Docugami $10M Seed Round on Feb 11, 2020. Docugami is a Seattle-area document engineering startup transforming how businesses create and manage documents.

With Docugami, anyone can take piles of documents accumulated over the years and convert them into useful data.

Trusted by over 1,000,000 users worldwide, Wordtune helps you express yourself more clearly, regardless of whether you are writing emails, creating documents for clients, or exchanging instant messages with colleagues.

The best part about this tool is the option to choose a tone based on whom you want to send the message.

With its chrome extension, you can use it anywhere, including Google Docs, Gmail, Facebook Messenger, and more. Another good feature of this tool is the automatic translation of foreign languages and providing suggestions in English.

The only downside is that you have to manually press the rewrite key whenever you want to optimise the sentence.

ProWritingAid is the editing, Plagiarism, Grammar checker, and Style editor tool to help improve your writing and English skills, acting as your mentor or personal writing coach so that whenever you present yourself, you feel confident.

Sapling is an AI-powered Grammar Checker and Writing Assistant mainly used by enterprises. Using the machine learning system, it catches more than 60% of language quality issues than other spelling and grammar checkers.

WhiteSmoke is fully integrated and a state-of-the-art English writing tool for detecting mistakes by improving user experience and enhancing knowledge.

Use its Natural Language Processing and various algorithms to analyse texts, detect errors, to provide the best possible suggestions.

Ginger software is a start-up from Israel featuring Natural Language Processing to improve written communication. Not only that, it also helps develop English-speaking skills and boosts writing productivity.

The software helps you to write faster and better with the help of its grammar checker and punctuation tools that automatically detect and correct grammar mistakes and is available in the web version, mobile, and desktop apps.

Ginger grammar has more than 8 million users and has received $25 million in investments since its founding in 2010.

Grammarly has been one of the most active grammatical correction tools since its release, and has become an essential tool for many businesses.

With written content so relevant currently, expect healthy growth over the coming years with this successful company.